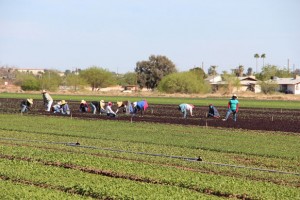 The organic sector in Argentina made several major jumps ahead in export compared to the previous years, and shows a decline in internal market and livestock acreage.

The National Service for Health and Food Quality published recently the 2013 report on organic agriculture.

The results of this study indicate that:

a) The main destinations of organic products remain the U.S. and the European Union.
b ) Exports to the U.S. grew compared to 2012 by 22% , returning to be the main export destination.
c ) Total exports of organic products grew 6 %, mainly due to recovery in sales of organic fruit.
d ) Exports of industrial organic products fell by 20 %.
e) In the local market, the consumption of organic products continues to show a very low share of sales volumes.
f ) Exports of animal products increased 6 % due mainly to increased organic wool certification.
g ) Both the surface destined to crop production as well as for livestock, have declined by 15 % and 10 % respectively over 2012.
h ) There is evidence that production units decreased by (10%).
i ) Livestock declined 41 % from the previous year. The stock of sheep also decreased.
j ) In beekeeping, both exports and the existence of hives under monitoring also showed a decline from 2012.