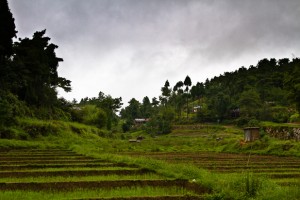 The state of Meghalaya in North East India has substituted the subsidy sale of chemical fertilisers and pesticides by providing free distribution of bio-pesticides and bio-agents to the farming community, the state Assembly was informed today.

Chief minister Mukul Sangma, who also looks after the agriculture department, said the department was committed to the reduction and the ultimate elimination of negative externalities caused by the increased use of chemical fertilisers and pesticides. These reportedly cause millions of cases of pesticide poisoning per year, resulting in over 40,000 deaths.

“The non-judicious use of chemical fertilisers has led to poor soil health management. Besides, overuse of chemical pesticides has resulted in the evolution of virulent strains of pests and diseases in the crops,” Sangma stated in reply to a call attention notice.

To mitigate the negative effects of chemicals and pesticides, he said the department has taken up alternative methods through the integrated pest management (IPM) and integrated nutrient management (INM). 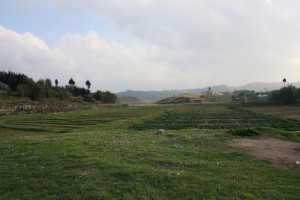 These, he said, are being popularised and incentivised through an integrated plant health management system, which will produce food that are safer, that adhere to the National Programme of Organic Production (NPOP) standards and that are nutritionally more acceptable.

Under the IPM, the department has been continuing its efforts, particularly through the farmers’ field schools, to promote the use of bio-pesticides and bio-agents, which are safer for the consumers and the eco-system.

Under the INM, farmers are being trained in the production of on-farm compost, vermi-compost and green manuring and the use of bio-fertilisers to improve soil health.

“We have substituted the subsidy sale of chemical fertilisers and pesticides by providing free distribution of bio-pesticides and bio-agents through various demonstration programmes to create awareness and acceptability among the farming community,” Sangma said.

To capitalise on the inherent advantages that organic farming brings, he said the state government and the department have adopted a policy to introduce a safe system of organic production, certification and marketing. “Mission Organic will be launched shortly, which will usher in a production regime which takes into consideration the health, safety and prosperity of all stakeholders, especially the farmers and citizens of the state,” the chief minister said.

He, however, said, “During this transition period, and in deference the request from some farmers, the Centre has been requested to allot and release 3,000 metric tonnes of fertiliser, which will address the immediate needs of the current growing season.”