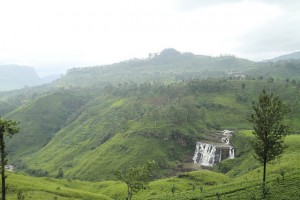 The multinational Monsanto wins again, albeit due to their enormous financial influence, no doubt. The Sri Lankan President Mahinda Rajapaksa banned the use of Round-up in March of this year. He had asked the Rajarate university research commission to investigate why rice farmers in the North Central Province NCP of Sri Lanka and other rice producing provinces were showing an alarming increasing rate of CKDu. (Chronic Kidney Disease of unknown origin.) The findings of this commission resulted in the president’s decree to ban the sale of glyphosate.

Background
Starting in the mid-1990s, CKDu was discovered among the paddy rice farmers in the North Central Province (NCP) of Sri Lanka and over the years since then, the disease spread rapidly to the other farming areas of the country, especially in North Central, North Western, Uva and Eastern Provinces.

It was found that the herbicide (killer of weeds) Glyphosate in combination with metals as cadmium and arsenic found in the soil either natural or added through fertilizers become extremely toxic to humans.

Monsanto successfully put the results of that study down, stating that their own research could not find any evidence of the sort. The European study also conducted by the laboratories of herbicide producers came to the same conclusion.

E&F Comment: We hope that the Sri Lanka Department of Agriculture realizes in time that the pesticide industry responsible for this research are the only ones to benefit from these conclusions.

The World Health Organization (WHO) reports estimated 15 percent of the population in North Central and Uva Province, about 60 000 people, had CKDu, and that 22,000 had died in the past 20 years in Anuradhapura alone from it.

The Agriculture Department, while noting that they have not found conclusive evidence which relates the kidney disease to pesticides in general, say that a glyphosate ban will affect the tea plantations and also the paddy cultivation drastically as it is the only effective weedicide for paddy and other commercial crops like, tea, coconut and rubber.

The Department however, cautioned that any pesticide/weedicide use has adverse effects on health and advised the farmers to use them in a controlled manner, according to a report in Ceylon Today.