Underestimated albeit indispensable to sustain life

Transitioning from the theme of family farming last year, this year focuses attention on an equally vital aspect in agricultural production, the SOILS.

Last year highlighted the importance of family farming in food production and security. In 2015 the focus is on soils, an often ignored but very crucial aspect in agricultural activities.  Soils or land is vital in efforts towards achieving food security because without it, soil or land, no food can be grown.  It is noteworthy that indeed soil is the required support to most of the food produced in the world. However, soils are a finite natural resource and are non-renewable. But they are the foundation for food, animal feed, fuel, natural fiber, water supply, nutrient cycling and a range of ecosystem functions. 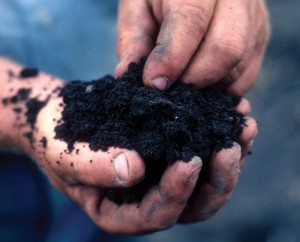 It is in the same vein, that the International Year of Soils was officially launched on December 5, 2014.  The fifth day of December was also designated by the United Nations as World Soil Day. And last year, it was the first time, it was being observed as such by the UN Food and Agriculture Organisation (FAO).  In connecting the 2014 and 2015 themes, family farming and soils, as they transition into each other, Jose Graziano da Silva, director general, FAO, said: “Soils, a foundation for family farming. We must preserve them to achieve our food security and nutrition goals and to fight climate change and to ensure overall sustainable development.”  He also pointed out that soils, though vital, are often forgotten and the multiple roles of soils often go unnoticed.  “The synergies are evident. Family farmers depend on healthy soils as much as soils depend on them. And food production practices rely on both for sustainability,” adds Dr Onesmus Semalulu, a soil scientist at National Agricultural Research Organization.  “We need healthy soils to achieve our food security and nutrition goals but we must fight climate change to ensure sustainable development.” 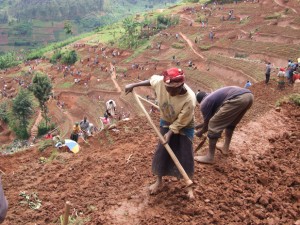 The International Year of Soils is expected to raise awareness and promote the sustainability of the available limited soil resources.  With a goal to have all stakeholders on local, national and international level have a valuable role in communicating vital information, practices and activities on soils.  “Our soils are in danger. Look at the expanding cities, deforestation, the unsustainable land use and management practices, overgrazing and climate change,” notes Dr Victoria Sekitoleko, a former agriculture minister. “The current rate of soil degradation threatens the capacity to meet the needs of future generations. ” The point on degraded, depleted or undernourished soils is particularly highlighted by The Montpellier Panel in their 2014 report.  The Montpellier Panel is a group of African and European experts drawn from the fields of agriculture, trade, ecology and global development.  The problem of degradation is no worse than in Sub-Saharan Africa. With 65 per cent of arable land degraded and 180 million people relying depleted soils to grow food, attention to the issue is urgently required.  Dr Sekitoleko argues that the government, civil society and other stakeholders should work together to raise awareness on the importance of sustainable soil management. 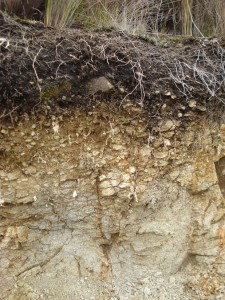 It is estimated that in sub-Saharan Africa, $68b is lost every year due to soil degradation. In an article, Soil isn’t sexy – but it could explain hunger in Africa, published in The Guardian newspaper, Sir Gordon Conway, chair of The Montpellier Panel writes: “Land degradation not only reduces soil fertility and lowers crop yields, but can lead to higher carbon emissions that contribute to climate change due to improper farming practices. ”Farmers should, therefore, sustainably manage soils through diversifying crops, mulching, fighting soil erosion, and planting more trees among other methods.”

Healthy soils are a vital resource

We are coming together to, finally, recognize and advance the cause of a vital, yet often forgotten resource: soils.  A year ago, the United Nations General Assembly designated December 5 as World Soil Day and declared 2015 as the International Year of Soils.  I would like to express my gratitude to the member states of FAO and the United Nations.  We speak a lot of the importance of sustainable food systems for healthy lives. Well, it starts with soils.  Soils constitute the foundation of vegetation and agriculture. Forests need it to grow. We need it for food, feed, fiber, fuel and much more.  Soils also host at least one quarter of the world’s biodiversity. They are key in the carbon cycle. They help us to mitigate and adapt to climate change. They play a role in water management and in improving resilience to floods and droughts. 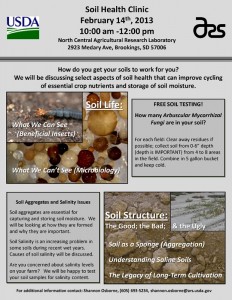 All this should illustrate the importance of soils. And why we should take better care of them. Generally speaking, we are not doing such a great job: one-third of our soils have already degraded. If the current trend continues, the global amount of arable and productive land per person in 2050 will be a quarter of what it was in 1960.  The world will have over nine billion people in 2050, two billion more than today. And food production will have to grow by 60 per cent to feed a larger population that will also be eating better.  So the there is no doubt the pressure on natural resources is bound to increase. And soils are not something we can simply fix if it breaks: it can take up to one thousand years to form one centimeter of topsoil. That same topsoil can be quickly washed away by erosion.

I always remember my first soils class in university. The professor said that soils were made up of about one-third water, one-third minerals and one-third organic materials. He took these three elements, mixed it in a pan. He showed it to us and said that that was not soil: soil is a living organism.  Considering this, we must manage soils sustainably. There are many ways to do this. Crop diversification that is used by most of the world’s family farmers is one of them.  Let me take this opportunity to say that the International Year of Family Farming might be ending, but our work to support family farmers more and better is just beginning.  The International Year of Soils will give continuity to our work to support family farmers because this sector is very important to the sustainable use and preservation of soils. 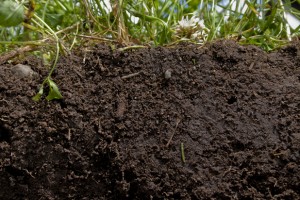 The multiple roles of soils often go unnoticed. Soils do not have a voice, and few people speak out for them. They are our silent allies in food production. We are highlighting them and ensuring they are recognised by celebrating World Soil Day and the International Year of Soils.  The launch of the Global Soil Partnership in late 2012 is also part of this effort. It is improving coordination among different existing initiatives and triggering action at various levels.  We now have adequate platforms to raise awareness on the importance of healthy soils and to advocate for sustainable soil management. Let us use them. I invite all of you to take an active role in promoting the cause of soils during 2015 and beyond.   We need healthy soils to achieve our food security and nutrition goals, to fight climate change and to ensure overall sustainable development. You can count on FAO’s commitment and active participation in this effort.

–This is an edited version of a statement by José Graziano da Silva, FAO Director-General on the first World Soil Day and launch of 2015 as International Year of Soils. By Brian Ssenoga & Gumisiriza Mwesigye