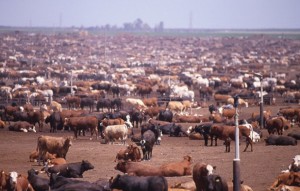 Despite U.S. Food and Drug Administration (FDA) scientific findings that the misuse of antibiotics in farm animals threatens human health from “superbugs,” business will continue as usual.

Yesterday, in a 2-1 decision, the U.S. Second Circuit Court of Appeals ruled that the FDA does not need to consider banning the routine feeding of antibiotics to healthy animals despite the agency’s findings that this misuse of antibiotics fundamentally threatens the effectiveness of medicines in both humans and animals. 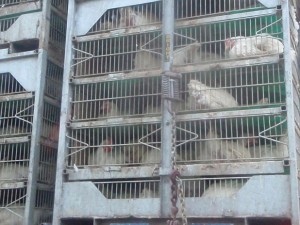 “This decision allows dangerous practices known to threaten human health to continue,” said Avinash Kar, attorney with Natural Resources Defense Council (NRDC). “Adding antibiotics to farm animals’ feed, day after day, is not what the doctor ordered and should not be allowed.”

The court’s ruling overturned two 2012 district court rulings in cases brought by NRDC, Center for Science in the Public Interest, Food Animal Concerns Trust, Public Citizen and Union of Concerned Scientists. The earlier rulings directed the FDA to halt the regular use of penicillin and tetracyclines in animal feed for healthy animals until drug manufacturers could prove the safety of this practice.

Dissenting Judge Robert Katzmann said, “Today’s decision allows the FDA to openly declare that a particular animal drug is unsafe, but then refuse to withdraw approval of that drug. It also gives the agency discretion to effectively ignore a public petition asking it to withdraw approval from an unsafe drug. I do not believe the statutory scheme can be read to permit those results.” 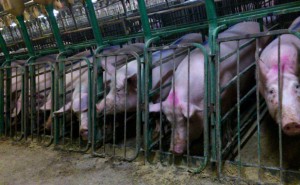 The practice of feeding low doses of antibiotics to healthy livestock on factory farms is contributing to an increase in antibiotic-resistant bacteria, or superbugs, which is a growing public health concern.

The FDA released voluntary guidelines last December to address this non-therapeutic use of medication. A subsequent Food & Water Watch analysis revealed that 89 percent of antibiotic drugs that the guidelines advises against using to speed growth can still be given to healthy animals for other reasons—hence, the voluntary guidelines prove worthless.

“The misuse of antibiotics in food animal production contributes to the epidemic of antibiotic resistance in our hospitals and communities,” said Robert S. Lawrence, MD, director of the Johns Hopkins Center for a Livable Future and a professor with the Johns Hopkins Bloomberg School of Public Health. “Today’s decision is deeply disappointing because it allows voluntary guidelines to take the place of decisive action in confronting one of the most important public health problems of our time.”

While the appeals court decision is disappointing to those working to keep antibiotics effective, their efforts continue. New York City Council Member Ben Kallos yesterday introduced Resolution 353 calling for a New York State and national ban on non-therapeutic use of antibiotics in livestock.

“American health is directly affected by the conditions on factory farms. Our government must enact basic rules to prevent disease and better some of the most dire practices of modern factory farms,” said Council Member Kallos.

The resolution calls upon the U.S. government to pass two bills, the Preservation of Antibiotics for Medical Treatment Act (H.R. 1150) and the Preventing Antibiotic Resistance Act (S. 1256). These bills would reinstate what the district courts had ruled in favor of—drug manufacturers would have to prove non-therapeutic antibiotic use will not lead to antibiotic resistance in humans.

“Simply put, the rampant misuse of antibiotics on factory farms is putting the health of every American at risk. Since Congress has yet to protect our health with common-sense farm antibiotics regulations, cities and towns across the country are demanding action,” said Eric Weltman, senior organizer with Food & Water Watch. “But no voice speaks louder than that of New York City, so when this resolution is passed, our leaders in Washington will surely take notice.”