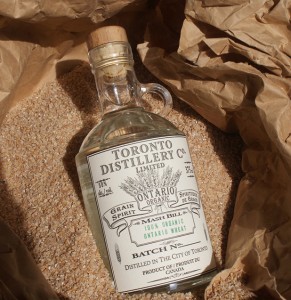 A significant market has developed for organic wine over the last 20 years, which has developed rapidly and is now well established, with organic production in all the main wine-growing areas.

Can organic spirits follow the same route as organic wines?

There were 217,634 hectares of certified organic vineyards in 2010. More than 75 % were probably for wine production (with the remainder being for fresh grapes and raisins). Organic wine has acquired a solid position in the market and is well accepted, almost main stream. It is marketed via web shops, health food shops, specialized wine shops, direct marketing from the vineries and, last but not least, via supermarkets. All the main supermarket channels in Europe and the USA have a number of organic wines on their shelves. Jones et al. (www.organicwinereview.com) reported in 2007 that turn-over in organic wine in those years grew by 18% on average and estimated a further increase in sales of 13 % in 2008. Nielsen (www.nielsen.com)  reported that the consumption of organic wine grew by 3.7% in 2009 (a recession year ), out-pacing the growth in the consumption of non-organic wine (which grew by 2%). Several traders and experts have personally confirmed that these growth rates have subsequently continued.

The market for distilled products is totally different.

The market is still very new and very small: a niche in the organic sector. Most of the producers are very small scale as is their marketing, which consists mainly of direct selling from their own shop, often combined with a web shop, exclusively for their own products.  There is no organised or well-established market for certified organic spirits. Today most specialist off-licences sell some organic wines, but very few have any organic distilled products. The same is true for supermarkets. There are no available figures or statistics. Traders are generally reluctant to reveal figures about turn-over, especially in a small market that only has a few players. When compiling this article it was difficult to obtain complete and precise information. 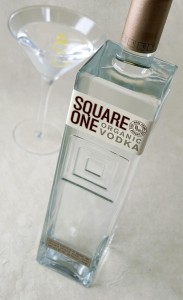 The most interesting marketing channel for organic spirits is specialised web shops for (organic) liquors and spirits, which sometimes also sell organic wines. Few of these companies offer a wide range of organic spirits. A few web shops, such as www.vinceremos.co.uk or www.heb-ra.com in Germany offer a wide range of organic spirits, including whiskey, rum, gin, and cognac. Some large web-based traders such as Amazon.com also have a range of organic liquors. But these are restricted to the better known spirits. One interesting venture is a company in New York, founded by the Kashrovian family from Armenia who produce vodka on a small scale. They have now turned their hobby into a company selling a range of organic spirits (www.greenbar.biz). More than 80% of their turn-over comes from selling to hotels, bars and restaurants. One of these restaurants is Gustorganics in New York, a certified organic restaurant including an organic cocktail bar (www.gustorganics.com). In London, Organic Spirit (www.organicspirit.co.uk) are pursuing a similar line, specialising in mixing cocktails with organic ingredients, as well as selling organic wine and beer.

Organic spirits and liquors may well go down the same road as organic wine. Customers are interested in real quality. For this to happen, organic distillers may need to join forces at the world’s main trade fairs, such as Biofach, Natural Products West and Salone del Gusto, and present a joint showcase of the world’s leading organic whiskies, vodkas, tequilas, gins and other spirits and liquors.

It will take some time to build up the market, as people have to learn about a spirit through promotional activities. Building a network of producers and vendors of organic liquors and spirits would be a good starting point, with a view to doing joint promotions at the main trade fairs. At Biofach in 2012 there was only organic vodka and tequila available.  One way forward might be to arrange a spirits and cocktail bar at such fairs, inviting wine sellers, web shop owners, companies that supply organic and other restaurants and members of the press to attend.  The period before and after such events could generate substantial free publicity for this nascent sub-sector.  For lesser known liquors, such as medronho or aguardente, more targeted campaigns may be required:  for the later there is the potential for possibly developing a range of cocktails. These drinks may well have stronger links to the Slow Food movement, with its focus on local food and drink, than to the organic movement. This year’s trade fairs in Nurnberg and Salon de Gusto may well help to resolve this question.