Review by: By Sudha Narayanan

The organic food sector in India is currently at an inflection point. The organic movement in India, spearheaded by civil society actors, has gained considerable momentum over the years and with growing consumer interest and concerns for safe food, these have catalysed a rapid growth in organic food retailing in urban centers. Organic agriculture itself has only recently emerged as a policy focus, after years of preoccupation with the Green Revolution and its input-intensive high yielding varieties.

Nina Osswald and Manoj Menon’s collaborative monograph comes therefore at a very interesting time. Actors involved in the organic food supply chain are jostling for space with an established sector of non-organic food chains and simultaneously grappling with the challenge of connecting farmers to discerning consumers in sustainable ways. Oswald and Menon aim to provide an account of the current state of organic food markets in India; their book documents extensively the emerging strategies, successes, challenges and obstacles in organizing organic supply chains in India. The authors use interviews and case studies apart from a comprehensive discussion of existing literature.

This book is a remarkable achievement for several reasons. Given a context where supply chains are so diverse and dynamic, it is a challenging task to identify downstream actors, let alone interview them. To do that in three cities, Hyderabad, Bangalore and Mumbai, which are contextually different from one another, is impressive. These challenges also pose serious limits to the scale and scope of work. The authors are only too aware of these limitations and have nevertheless been largely successful in accomplishing their goals. The book is written in an accessible style but without compromising on analytical content. Further, while the authors’ support to organic agriculture is clear they have been careful to present multiple perspectives. This is a refreshing change from discussions that either read like an advertorial for organic food or are dismissive of it. The balanced presentation is a useful entry point not only to those who are organic converts but also to those skeptics who tend to view organic food as nothing but a fad. The book also succeeds in maintaining a nice balance between canvas and detail. The authors have used boxes to highlight and showcase individual cases and experiences and these serve to complement the broader narrative that focuses on the big picture. 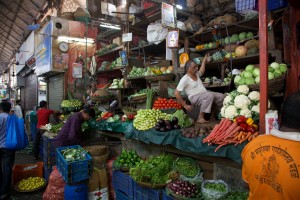 The book is organized into six parts. The first section lays out the context of the study of organic market in India and the second discusses the analytical approach and methodology. The third chapter is devoted to a detailed characterization of the organic market in India. The authors lay out the institutional and regulatory framework for organic agriculture in India and attempt to bring clarity to discussions of the estimated size and pace of growth of the sector. In particular, the authors’ attempt to compile, collate and make sense of the characteristics of the organic food market is valuable given the very limited information on the sector. The fourth chapter forms the heart of the book that maps the typologies of organic food distribution systems. The fifth chapter probes the multiple dimensions of these systems discussing the various challenges and how different actors have tackled these. The sixth chapter concludes with a summary and recommendations.

The authors observe that the Indian organic food market is still in its incipient stage and there are no exclusive nationwide organic chains. Instead there is a mosaic of actors and the authors identify broad typologies that range from organic specialty stores and other organized retail outlets to community supported agriculture to online retailers and home delivery services and catering. A number of institutional forms are present ranging from contract-based relationships between retailer and produce (as with 24 Mantra) to farmer collectives (Timbaktu), to ownership by consumers and farmers (Gorus) and so on. Certification processes are similarly diverse ranging from third party official certification to Participatory Guarantee System to those that are simply transacted on the basis of trust. These retail models also differ in the extent to which consumers participate or connect to the producers.

By the authors’ accounts, the challenges of building organic supply chains for food appear to be similar to those for other non-organic fresh produce, only perhaps more acute. Retailers in India have long admitted that that fresh produce remains among the most difficult to organize. Securing quality supply in reliable ways continues to be a key problem. The other challenge is a somewhat small, albeit, growing base of consumers committed to paying a premium for organic produce. The authors identify that some of the key ingredients of a sustainable organic supply chain are strong upstream linkages with farmers and institutional innovation such as collectivization at that end. Efforts that combine this with professional and efficient management at the distribution end seem to have the highest probability of success. The authors point out that many actors are hybrid organizations that operate a not-for-profit establishment alongside a commercial entity. The policy environment, the authors emphasize, is not supportive of small-scale enterprises and neither is it supportive of the organic sector as a whole. Virtually all actors surveyed face a subset of these challenges and have found diverse ways of negotiating them. 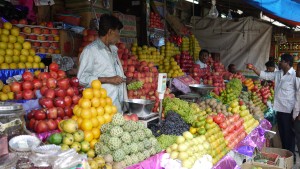 The authors recommend that policy for organic agriculture tends to focus on exports and more needs to be done to support initiatives within the domestic market. This would require attention to various points in the supply chain, from dedicated organic malls in cities, to initiatives to create greater awareness among consumers and extension and credit for farmers. According to the authors, the primary challenge is to be able to offer organic produce at a premium so that farmers get the appropriate compensation for their efforts but without crowding out less wealthy consumers. Organic agriculture, they assert, should not depart from the values it has come to represent. If this is to be accomplished, then greater consumer acceptance and understanding of the premium associated with organic produce and artificially low conventional produce is key. Only this would ensure that the organic sector does not fall into the `conventionalization trap’ wherein the pressure to keep prices low results in a supply chain that inherits all that is disagreeable with conventional supply chains. 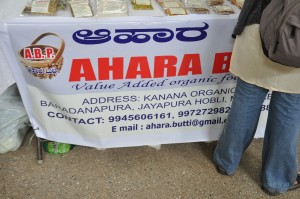 It is hard to disagree with the authors’ insights, but it also raises several questions that are left unanswered in this book. The authors could have pushed further some areas of enquiry given the rich insights they have gleaned from their interviews. It appears that in many examples discussed in the book, actors are somewhat cautious about scaling up too quickly even as they are concerned about the financial sustainability. In that context, the authors could have discussed in a comparative perspective of the economics of scale in the organic sector. Is scaling up critical for the survival of organic retailers and intermediaries? If it is, do NGOs that view organic food systems as part of a larger set of goals like fair trade or deeper connections between consumer and producer, end up circumscribing their reach, in turn undermining the possibility of their own fiscal sustainability? Further, would there at all be a scenario where organic stakeholders find themselves in adversarial competition with one another that would be to their collective detriment? Or do the authors foresee coordination mechanisms between stakeholders, which would enable the movement itself to flourish even if the actors cannot protect their topline? One hopes indeed that the authors themselves will pursue some of these questions in future research projects.

For now, however, this book offers a definitive starting point any research into organic supply chains in India; to others who are curious to learn about the organic food sector in India, they need look no further. 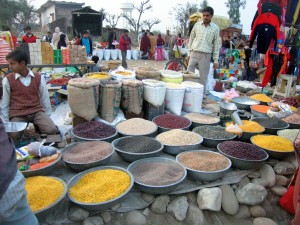