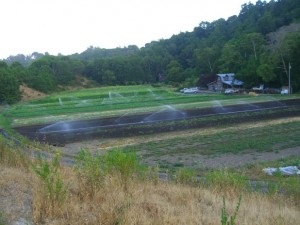 A Government pesticide-heavy approach for decades to come.

With organic food growers reporting double-digit growth in US sales each year, producers are challenging a proposed California pest-management program they say enshrines a pesticide-heavy approach for decades to come, including compulsory spraying of organic crops at the state’s discretion.

Chief among the complaints of organic growers: The California Department of Food and Agriculture’s pest-management plan says compulsory state pesticide spraying of organic crops would do no economic harm to organic producers, on the grounds that the growers could sell sprayed crops as non-organic instead.

At issue is a California organic agriculture industry that grew by 54 percent between 2009 and 2012. California leads the nation in organic sales, according to statistics tracked by University of California-Davis agriculture economist Karen Klonsky, who says the state is responsible for roughly one-third of a national organic industry. The U.S. Department of Agriculture puts the overall value of the U.S. organic sector at $35 billion. 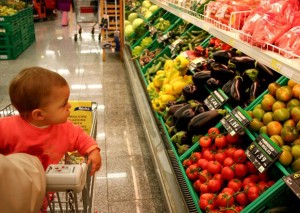 The U.S. organic industry has seen a similar growth spurt nationally in the same time frame, and three out of four grocery stores in the country now carry at least some organic goods, according to the USDA. California’s $43 billion agriculture industry is the largest in the country by revenue, so what happens here matters to consumers and to the agriculture industry nationwide.

The state’s more than 500-page document lays out its planned responses to the next wave of fruit flies, weevils, beetles, fungus or blight that threatens crops. Many groups challenging the plan complained that it seems to authorize state agriculture officials to launch pesticide treatments without first carrying out the currently standard separate environmental-impact review.

But Steve Lyle, a spokesman for the agriculture department, said the outline doesn’t give state crop-pest programs any power they don’t already have by law.

The state’s program is designed “to protect California’s food system through the principles of integrated pest management, while also protecting public health and the environment,” Lyle said in an email.

For some conventional growers as well as some organic ones, the fate of the pest-management plan outlined by the state isn’t a theoretical concern. It’s an immediate issue of their economic survival due, in part, to a disease-carrying pest that’s a little bigger than a pencil point. 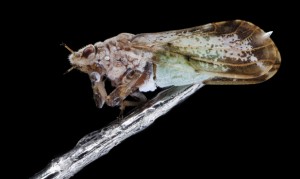 The disease spread by the Asian citrus psyllid kills citrus trees outright and has caused billions of dollars in damage to crops in Florida and Texas. California’s $2.4 billion citrus industry has found incursions by the bug, but not yet significant outbreaks of the disease it carries.

The standard treatment for the citrus pest is conventional pesticides, including neocotinoids linked to the decline of crop-pollinating bees. The citrus industry and federal government also have spent $25 million to try to find, without major breakthroughs so far, less toxic controls for the citrus pest, said Joel Nelsen, head of the California Citrus Mutual industry trade-group.

Organic farmers complain about the state’s frequent reliance on pesticides, but “if we don’t eradicate the pest, their organic production is non-existent,” Nelsen said. “A pest or a disease doesn’t know if it’s eating an organic or a non-organic orange.” 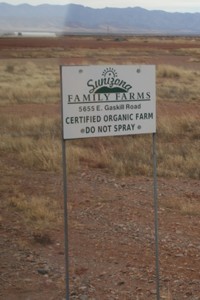 The growing alarm over the citrus bug is part of the problem — California agriculture reels from pest emergency to pest emergency, treating most with the same pesticide programs and crop quarantines, argued James R. Carey, an entomologist at the University of California-Davis. He’s been watching California respond to invading tropical pests since at least the 1980s’ Mediterranean fruit-fly spray program. Some programs were successful; others struck even many conventional growers as unnecessary.

“They treat this in a crisis mode in the same way they would an earthquake or a fire,” Carey said. “Most times there’s not that kind of urgency at all. Every pest that comes in they request federal money for, run out of money for, and it just kinds of fades away.”