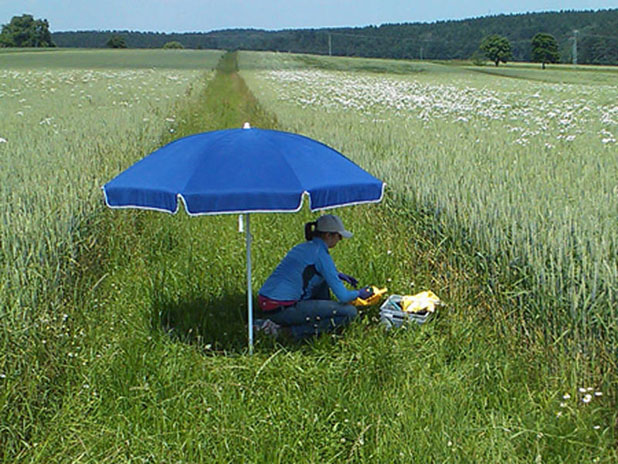 Does organic farming foster biodiversity? The answer is yes, however, the number of habitats on the land plays an important role alongside the type and intensity of farming practices. These are the findings of an international study that looked at ten regions in Europe and two in Africa. The results has been published in Nature Communications. The study shows that even organic farms have to actively support biodiversity by, for example, conserving different habitats on their holdings.

An international team, including scientists from Technische Universität München (TUM), investigated the contribution of organic farming to supporting farmland biodiversity between 2010 and 2013. Researchers wanted to explore whether organic farms are home to more species than their conventional neighbors. The team used uniform methods across Europe to capture data and analyze it to establish the impact of farming methods and intensity and of landscape features on biodiversity.

The study investigated farms in twelve regions with different production systems. In each region, farms were selected randomly, half of them certified organic for at least five years. In Switzerland, grassland-based cattle farms were studied and in Austria the study looked at arable farms. In Italy and Spain, researchers focused on farms with permanent crops such as wine and olives, and on small-scale subsistence farms in Uganda.