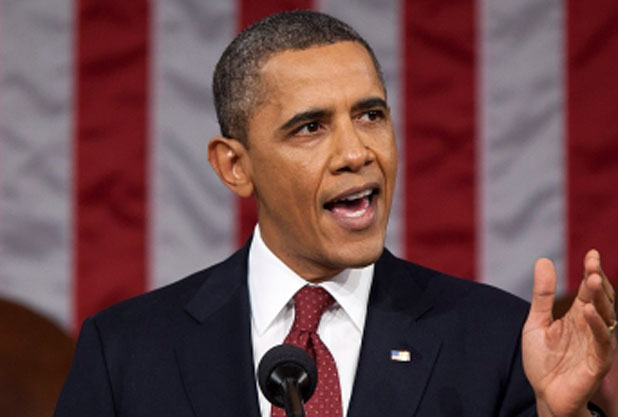 The U.S. Environmental Protection Agency issued a proposal last week that some are heralding as the “boldest single step the U.S. has taken to fight global warming.”

The proposal sets new limits for carbon emissions from gas and coal-fired power plants. But it ignores one of the largest sources of greenhouse gas (GHG) pollution, industrial agriculture. It also ignores one of the best solutions for drastically reducing GHG emissions—carbon sequestration through organic, regenerative farming and ranching methods. Ronnie Cummins, international director of the Organic Consumers Association, issued this statement in response to the Obama Administration’s plan to cut GHG emissions:“We’re pleased that President Obama has tackled the issue of climate change. However, we call on the administration to expand its focus from power plant emissions, to include plans for reducing carbon emissions from traditional, conventional agriculture, and to engage the farming community in addressing climate change by creating incentives for sequestering carbon through the use of regenerative organic and sustainable farming and ranching practices.“Conservative estimates show that conventional, industrial food and farming accounts for roughly 35 percent of all carbon emissions. Deforestation, driven mainly by cattle ranching, palm oil production and GMO grains, accounts for another 20 percent.“In addition to generating emissions, today’s industrial farming practices have stripped the earth of its capacity to store carbon. According to the Rodale Institute, as recently as the 1950s, much of the country’s Midwest farmland contained up to 20 percent carbon. After several decades of industrial farming, those soils contain only 1 or 2 percent carbon.“Numerous studies show that replacing industrial agriculture with sustainable agricultural practices not only drastically reduces the amount of carbon produced and released into our air and water, but also can enhance soil’s natural ability to store, or ‘sequester’ the carbon. “According to Dr. James Hansen, the world’s leading climatologist, the earth’s soils, plants, trees and grasses already naturally sequester over three billion tons of excess CO2 every year. With a massive increase in photosynthesis, reforestation and organic land use practices, global warming can not only be mitigated, but actually reversed.“Our growing organic movement is proving that we can not only feed the world with healthy food, but we can also reverse global warming, by capturing and sequestering billions of tons of climate-destabilizing greenhouse gases in the soil, through plant photosynthesis, composting, cover crops, rotational grazing, wetlands preservation, and reforestation.”

A growing number of organic consumers, natural health advocates and climate hawks are taking a more comprehensive look at the fundamental causes of global warming. And it’s led them to this sobering conclusion: our modern energy-, chemical- and genetically modified organism (GMO)-intensive industrial food and farming systems are the major cause of man-made global warming.
A recent study shows that sequestering carbon through biological processes could really make a big difference – and it’s not controversial. There are many different, relatively easy, methods to encourage soil to trap carbon, and using these approaches would also improve soil’s ability to retain nutrients and water, making it beneficial for additional reasons. There are many different processes that farmers use to increase soil sequestration, including planned rotational grazing, water management, and raising grass-fed beef.