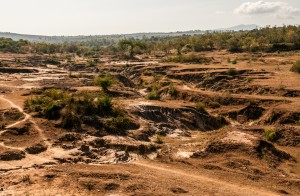 A sense of urgency resonated throughout the day, not surprising since we are losing 24 billion tons of fertile soils a year to the tune of 1.5 trillion Euros (1012).

Soils are home to a wealth of biodiversity, and as Mr. Tompkins pointed out without biodiversity “we will be living on a planet that is nothing but a sand dune.”  A particularly daunting prospect given that the world’s topsoil could be gone within 60 years and, as Claudia Olazabal, Directorate Environment, European Commission, said, “The link with soil is lost. People don’t realize the amount of services soil provides to the whole community.” 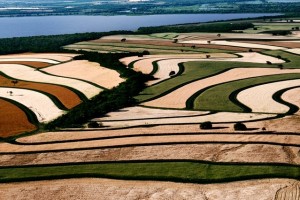 For Hans Herren of the Millennium Institute, the impending Sustainable Development Goals (SDGs) are a chance to finally get things right and  “salvage our society.”  Alexander Müller, IASS Potsdam, Germany, sees “a lot of soil in the SDGs.”  There is no food security in business as usual. Soils must be placed at the heart of action plans to eliminate hunger, achieve food and nutrition security, bring true sustainability to agriculture and ensure sustained, inclusive and sustainable economic growth for all.

“Give the land back to the people who work with it” was the solution proposed by Nikolai Fuchs, Director GLS Treuhand, who believes that “we have no choice but to cultivate and practice agriculture in its true sense.”  The results of which could be very impressive considering that, according to FAO, “Family farmers carefully manage their lands to sustain remarkably high levels of productivity despite having less access to productive resources such as agricultural inputs and support.”

Yet as Moujahed Achouri, Director of the FAO Land and Water Division, pointed out “Placing soils on the agenda requires political will.” All stakeholders need to take actions that translate into policies and actions.”  Something that Pema Gyamtsho, former Minister of Agriculture and Forests, Bhutan, undoubtedly agrees with. He spoke about how he “took the liberty of saying Bhutan will go 100% at Rio+20.” Many states in neighboring India are now following suit.  Similar steps in Germany would surely be welcomed by Renate Künast, Chairperson of the German Green Party and former Minister of Agriculture. Both Renate Künast and Pema Gyamtsho jested about the establishment of a club of former Agriculture Ministers, which could help set agricultural policies on the sustainability track. But Vandana Shiva sees potential saying “We will all be foot soldiers in the new club of Agriculture Ministers.” 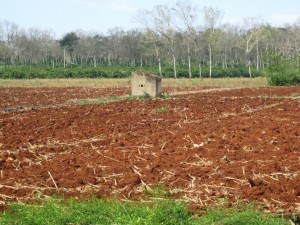 The event culminated in the Amsterdam Declaration(link is external), which calls for “Decision makers, governments and representatives of business and civil society to recognize that organic agriculture is the best way of preserving biodiversity, rescuing the climate and ensuring food security.”

In closing, speakers and participants were unanimous in their belief that greater awareness is needed about how the plight of soils is inextricably linked to the future of people and the planet. In the words of Chief Arvol Looking Horse, Faith keeper of the Sacred White Buffalo Calf Pipe, USA, “Either we face chaos or spiritually unite as a global community. We don’t own the land. It owns us.”You can read more about the Save Our Soils campaign here. 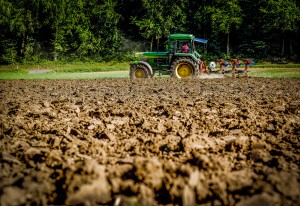