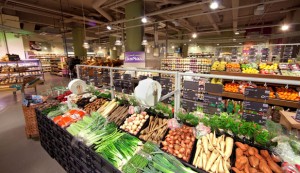 Health care and the insurance needed to cover it are well arranged in the Netherlands, but the financial management is overly complicated and costs are constantly rising. Solidarity is an important guiding principle, perhaps the most binding element in the health care system, as costs are shared between people who are more and less fortunate with their health and those who are more and less wealthy. People generally have no qualms about showing solidarity with someone less fortunate when the base cost of the insurance is more or less the same for everyone.

But what about the effects of people’s lifestyle on their health? It is now common knowledge that smoking is extremely harmful to health, along with drinking too much alcohol and eating too much fat, sugar, or processed food. In fact, you could say that enforced solidarity as it currently structured, ‘rewards’ bad behaviour, since health insurance costs are equally divided between everyone. It does not encourage people to make healthier decisions about their lifestyles.

In the Dutch health care system, insurers have been becoming increasingly aware of this in recent years. There is now more differentiation than there was several years ago, and people can choose (within limits) how much premium they want to pay per month, how much risk they want to take and whether or not they want to pay for additional services. It is possible that both the insurance system and the organic sector might be ready for a new form of private insurance. Here’s why.

More than a hundred thousand Dutch people do their weekly shopping at EkoPlaza, a franchise chain of organic supermarkets. Tens of thousands of them have a customer card. CenterData, an organisation related to the University of Tilburg has researched the health profile of the customers of EkoPlaza. The basic question was whether the health profile of EkoPlaza customers differs from that of the average Dutch person. This could run either way: on the hand it is plausible that EkoPlaza customers are more aware of the effects on health of eating well. Equally, it may be that people with health problems turn to organic food.

The research showed that the customers of EkoPlaza have a significantly healthier lifestyle than the average Dutch person, with less obesity, less smoking, about 30 percent less use of hospital care and 25 percent less use of medication. The one hundred thousand customers of the health food stores probably save Dutch society about 50 million Euro per year. Apparently, a conscious, healthy lifestyle brings financial advantages. But in the Netherlands’ current insurance system these benefits don’t go to the individual customer, but are spread across society at large. 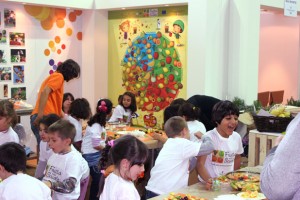 CenterData’s report went onto say: “there is no indication that the differences found are caused by the strong socio-demographic composition of the clientele of EkoPlaza. Comparisons of subgroups of the population with the same subgroups within the EkoPlaza clientele in terms of gender, age and level of education show the same picture as to the entire population”. If all of Dutch society was as conscious about diet and health, this would probably save around 10 billion Euro a year in health care costs. That makes sense!

There is no indication that the Netherlands differs significantly from other NW European countries. In Germany, Switzerland, Austria and the Scandinavian countries, as in the US and elsewhere, conscious consumers of organic food probably save the health care system a great deal of money. They also set an example as they can help to raise awareness of the consequences of life style choices. The ever-increasing cost of providing good health care would be much less of a problem if more people behaved like the customers of organic supermarkets.
This research has led to a health insurance policy specifically for customers of EkoPlaza. Customers of the chain can receive a 15% discount on their health insurance premium in 2014 and a 60 Euro discount (from the insurance company) on purchases at EkoPlaza. In this way the cost savings of a healthy lifestyle are partly rewarded. An important aspect of this insurance is that it provides interesting opportunities for doing follow-up research and makes it easier to identify the health effects of a healthy lifestyle, including making a conscious choice to eat organic food. The new insurance started in January 2014 and after this year attempts will be made to develop an insurance policy that is more attuned to the specific needs of the target group.

The researchers emphasised that this study does not show any causal relationship between the consumption of organic food and health. The differences can also be explained by EkoPlaza-customers being more aware about how to make healthy choices. The scientific research into the causal relationship between organic food and health is complex and still in its infancy. It was explicitly excluded from this research. The overall conclusion was that customers of the organic supermarket are healthier than average in a large number of respects. With the new insurance scheme in place, a large volume of data will become available for further analysis.

The results of the survey showed that EkoPlaza customers are healthier than the population at large (controlling for socio-demographic factors). They have a significantly lower Body Mass Index than the Dutch population on average (23.3 as opposed to 25.5). EkoPlaza customers suffer much less often from overweight and obesity (25.8% vs. 48.7%), but the percentage of underweight people is slightly higher (4.2% vs. 2.4%). EkoPlaza customers are less likely to experience most medical symptoms such as heart problems, breathing difficulties, high blood pressure and high cholesterol, and they also have far fewer obesity-related complaints, such as headaches and cold symptoms. However, EkoPlaza customers are more prone to stomach and bowel problems (17.6%) than average (13.6%). Compared to the Dutch population as a whole, organic supermarket customers have a healthier diet that contains more fruits and vegetables and less meat. They also smoke much less. Although EkoPlaza customers seem to have fewer health problems than the average Dutch person, this does not translate into fewer visits to medical service providers. These, however, seem to be of a different nature: EkoPlaza customers seek counselling slightly more often than average for psychological help and go to the dentist more often. They also make much more frequent use of alternative medicine (41.7%) than average (8.2%).