WASHINGTON, D.C. The Organic Center’s Board of Trustees gathered at Harvard University for their annual retreat and for scientific briefings on research on organic’s impact on the health of humans and the environment. They reported that preliminary findings of the research support the benefits of organic food and farming and show organic’s potential to solve a host of real-world concerns. 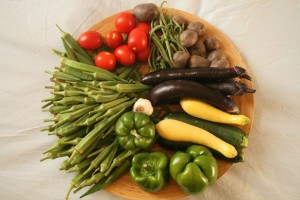 Professor Dr. Chensheng (Alex) Lu working with The Organic Center to examine the health effects of pesticide exposure and organic diet, and Drs. Geoff Davies and Elham Ghabbour at Northeastern University who studies the impacts of organic management on soil, and OC Board members expressed their commitment to problem-solving for the entire organic value chain.

“We wholeheartedly encourage research filling the gaps in our knowledge about organic, such as that being conducted by these high-caliber researchers on these complex topics,” said Dr. Jessica Shade.

Dr. Lu: “Exposure to pesticides can affect human health in ways that we don’t fully understand yet, while eating organic is one way to help reduce risks associated with environmentally induced diseases.”
The Organic Center Board also visited Drs. Davies and Ghabbour, who lead the National Soil Project at Northeastern University. Their National Soil Project examines differences in soil health between organic and conventional soil. Specifically, they are looking at the level of sequestered carbon in soils to investigate potential benefits that organic farming practices might have on soil health. 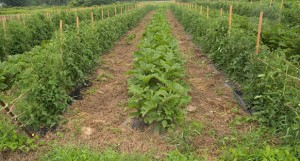 “We have preliminary evidence suggesting that organic soil has more sequestered carbon than conventional soil,” said Dr. Ghabbour. “Synthetic fertilizer can strip the soil of organic matter, so organic farming should result in healthier soil.”

The Organic Center, has spearheaded and collaborated with several major universities and the U.S. Department of Agriculture on a number of significant research projects this year:
• Health Effects of Dietary Pesticide Exposure: This project examines the effects of exposure to synthetic chemicals such as pesticides from people’s diets. With the generous support of the UNFI Foundation, this research will be completed in February 2015.
• Soil Health on Organic Farms: This project compares soil health components between organic and conventional farms. With the generous support of Organic Valley’s Farmers Advocating for Organics (FAFO), this research will be completed in January 2016.
• Organic Solutions to Citrus Greening: This project is seeking organic solutions to stop this devastating disease from decimating domestic citrus without the use of toxic chemicals or GMOs. This research is expected to be completed in July 2017.
• The Effects of Organic Farming Practices on Nitrogen Pollution: This project investigates the effect organic farming has on decreasing the serious environmental threat of nitrogen pollution and is expected to be completed in February 2015.
• Decreasing Arsenic Uptake in Organic Rice Systems: This project looks at the genetic, environmental, and temporal effects on arsenic accumulation in organic rice systems. This research is expected to be completes December 2014.
• Organic Fire Blight Prevention Project: This project produced a publication detailing methods for preventing fire blight on organic apple and pear orchards without the use of antibiotics. This research was completed in March 2014. 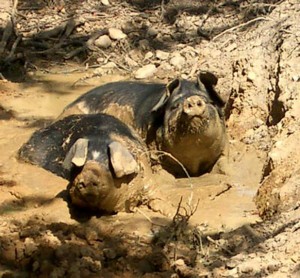 “The Organic Center is tackling research that not only protects the organic industry, organic businesses, and the future of organic, but can benefit all of agriculture, and we will continue this important work,” said Todd Linsky, Chairman of the Board of Trustees of The Center.
The Organic Center envisions improved health for the environment and for people through the conversion of agriculture to organic methods.