In September and October 2013 we saw the first Global Green Action Week, an initiative launched by the Swedish Society for Nature Conservation (SNNC) to raise consumer awareness of the environmental impacts of consumption and to promote organic food and farming and other sustainable patterns of consumption. 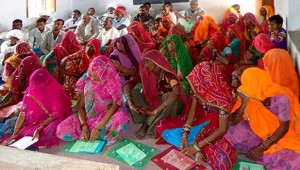 With the help of farmers’ markets, media campaigns and schools around the world the campaign focussed upon the production and consumption of organic food. Almost 40 organisations in 25 countries participated in the campaign. In Tanzania, Sweden and Peru, they explained to consumers why organic is the logical choice. In Kenya, Ukraine and Brazil school children made ​​compost heaps, wrote essays and discussed how their food is produced. In Pakistan and Uganda decision makers, farmers and consumer organisations discussed what is needed to boost organic production and consumption. And in India, Ethiopia and the Philippines, farmers learnt more about the benefits of growing organically. And this is just a few examples of the campaign’s activities which took different forms in different countries. 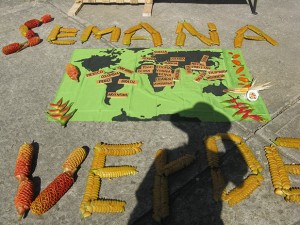 This international campaign has been inspired by more than twenty years of domestic campaigning by the SSNC to promote green consumerism, which has achieved very positive results. A key part of this work has been an annual campaign week involving thousands of SSNC volunteer members, which has served as inspiration for the Global Green Action Week.

Through coordinated annual campaigning under a joint umbrella, organisations in different countries are able to strengthen each other’s work on sustainable consumption. The 2013 thematic focus for the Global Green Action Week will continue in 2014 – ‘Organic food and farming for all – consumers and farmers for food security, safe and sustainable food.’ The aim is to encourage more consumers to buy organic products and thereby promote a shift towards an ecologically sustainable food system for all.

Many organisations experienced a great demand and interest from consumers

The feedback from this first year of the Global Green Action Week has been very positive. Many organisations experienced a great demand and interest from consumers and felt that being a part of a global campaign strengthened their campaigning at a national and local level. 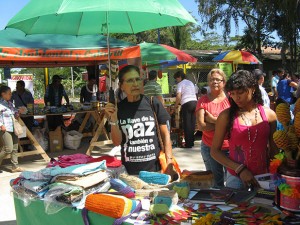 Some of the organisations participating in the 2013 Global Green Action Week were organisations with whom the SSNC already had on-going collaboration. Others were members of Consumers International (CI) in Asia, Africa and Latin America. This collaboration was made possible through a Green Action Fund established by Consumers International and the SSNC. This fund provides support to CI members in developing countries to help them to mount small public awareness campaigns on environmental issues. 2013 was the first time that actions are being carried out on a joint theme in line with the focus of the Global Green Action Week.

In addition to promoting more sustainable food consumption, the Global Green Action Week also offers a possibility for consumer and environmental organisations to cooperate and give added value to each other’s work. It also provides a platform for participating organisations to exchange experiences and inspire each other about the methods and strategies that deliver positive results. 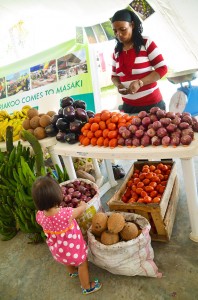 2013 was only a starting point. In March some of the organisations in the campaign will meet for a workshop in Kenya to discuss how to make the campaign grow bigger and stronger in the future.

Further reading: Organic food and farming for all – a basic factual report by SSNC on organic farming that has been made available to everyone participating in the campaign.