Legend has it that organic agriculture was invented and propelled by farmers. Yet, one of the sources of innovation which shouldn’t be underestimated has been young people studying (conventional) agriculture at universities and colleges. 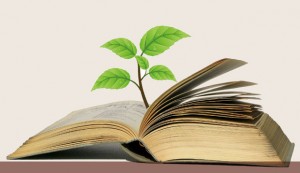 There were rebellions in the 1970s that raised themes that were then quite unfamiliar: ecology, animal welfare, healthy nutrition and landscape preservation. There was no specific curriculum for these topics in schools of agriculture, so students invited organic farmers to come and speak at meetings and courses, often to the dismay of professors.  The critical students were especially impressed when such farmers rebuked professors for asking the wrong questions or giving the wrong answers. They would provoke classical plant nutritionists with statements such as “we do not nourish crops, we feed soil microorganisms” Today, soil food webs are the basis of modern plant nutrition taught at universities. In 1976 students organized a then-famous conference  at the University of Natural Resources and Life Sciences in Vienna in 1976 called “The Earthworm”. It marked the beginning of the organic movement in Austria, which has now become a global organic success story with 20% of its land managed organically. 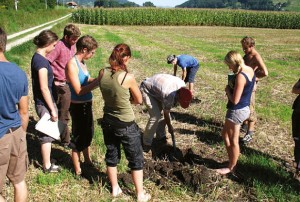 Many of these early academic players became successful business people and are still driving the organic sector forward. Some are professors of soil science, agroecology and organic farming. Others operate certification schemes or manage organic farmers’ associations or work  in public administrations promoting  organic farming or agroecological policy. And some of those committed people are reshaping agricultural research at private institutes such as Rodale, FiBL, the Louis Bolk Institute, the Centre for Organic Research (formerly Elm Farm) or the Ludwig-Boltzmann Institute, Vienna.  Over the years organic agriculture has gradually become established in the education of agronomists, environmental scientists, farm advisors and farmers, either as distinct courses or as optional modules. Although European countries are leading in this respect, knowledge about organic farming systems has become a prerequisite in agricultural and environmental curricula globally.

Outstanding examples of this include the Kassel-Witzenhausen University with its Faculty of Organic Agricultural Sciences or, at the level of vocational education for farmers, the schools at Schlägl (Austria), Landshut and Kleve (both Germany) and Schwand (Switerland) all of which have a strong or exclusive focus on organic farming.

When the Haut Ecole d’Ingenieurs in Geneva focussed their Bachelor’s Degree in Horticulture solely on organic methods, their simple but convincing rationale was that organic horticulture is more complex, challenging and knowledge intensive than conventional horticulture. A student who can manage organic systems can easily cope with all other farming approaches and techniques. Learn what challenges you and not what is repetitive! 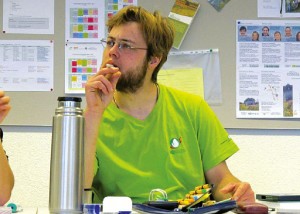 The fascinating thing about organic farming at both university and vocational level is that students get trained in the interconnectedness of all disciplines. Although inter disciplinarity has supposedly been the new official paradigm of agricultural research and education for decades, in reality the opposite is true and knowledge has become incrementally fragmented. Research and education in organic food and farming systems are living expressions of  inter disciplinarity. Another amazing thing is that the food chain integration is always crucial for the understanding of organic agriculture. The earthworm in the soil is part of the information which is communicated to the consumers buying organic bread from the shelf. Typically stakeholders involved in or affected by food production play a role in the organic farming courses: farmers share their experience with the students, nature conservation officials discuss landscape development plans with the classes and food business people teach marketing.

Organic specialists are sought-after in agriculture and in the food business. They find their engagement and passion as knowledgeable farmers,  as teachers, advisors and scientists in a fast growing sector with an increasing societal clout or  as managers and entrepreneurs in the booming green economy and ethical trade sectors.

One of the strengths of organic specialists is that they are generalists. In modern science, the term generalist has a negative connotation. Quite wrongly, as specialists see and strive for solutions from a narrow perspective while generalists prefer to analyse problems from a broader one.