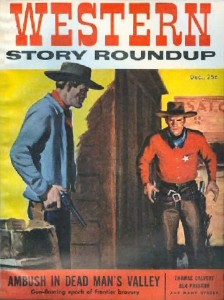 In 2009, a French court found Monsanto guilty of lying; falsely advertising its Roundup herbicide as “biodegradable,” “environmentally friendly” and claiming it “left the soil clean.”

We’re now starting to understand just how false such statements are. For example, last summer, a groundbreaking study revealed a previously unknown mechanism of harm from glyphosate, the active ingredient in Roundup.
The research showed that glyphosate residues, found in most processed foods in the Western diet courtesy of GE sugar beets, corn, and soy, “enhance the damaging effects of other food-borne chemical residues and toxins in the environment to disrupt normal body functions and induce disease.”

While nearly one billion pounds of glyphosate is doused on both conventional and GE crops worldwide each year, GE crops receive the heaviest amounts. It’s important to realize that processed foods undoubtedly expose you to this toxic contamination, courtesy of the soy and vegetable oil used.2

Ditto for meats from animals raised in confined animal feeding operations (CAFOs), as soy is a staple of conventional livestock feed. As noted in the featured article by Rodale News:3

Beware: Glyphosate Is a Systemic Contaminant

It’s quite crucial to understand that glyphosate contamination is systemic, meaning it is present in every cell of the plant, from root to tip. It’s not just an issue of topical contamination, as with many other agricultural chemicals sprayed on crops.

Normally, you need to thoroughly wash your produce to remove topical residues, but you simply cannot remove glyphosate from your produce. And neither can food and animal feed manufacturers who use GE ingredients in their products.

As noted in the featured BBC radio report14 above, Argentina has become one of the world’s largest producers and exporters of GE soy and corn, and along with it, the country has experienced an explosion of miscarriages, fertility problems, and abnormal fetal development. In the province of Chaco, birth defects have quadrupled in the decade following the introduction of GE crops.15

Biological Farming Is the Way Out of This Mess

Last year, I interviewed Dr. Elaine Ingham, an internationally recognized expert on the benefits of sustainable soil science. According to Dr. Ingham and other soil experts, a key component of successful agriculture lies in having the appropriate microbial life in the soil. This includes beneficial species of bacteria, fungi, protozoa, and earthworms—all of which contribute to plant growth in a number of different ways. The real nutrition plants require is actually derived from these beneficial microorganisms in the soil, which take the mineral material in the soil and convert it into a plant-available form. Without these microbes plants are unable to achieve their maximum genetic potential, which is one of the reasons I am not a fan of hydroponics as it that is really growing with chemicals and no microbes.

Chemical agriculture is an invention that has now been proven unsustainable, and we must make the appropriate changes if we want our descendants to survive on this planet—the situation is becoming that dire. Chemical technology companies have infiltrated and taken over agriculture, and it’s an extremely profitable business. But it’s quite literally making our food toxic; not to mention the fact that agricultural chemicals are also rendering water supplies undrinkable and unsuitable for marine life.

Supporting your local organic farmer is therefore critical both for the environment and your family’s health. Another alternative is to start growing some of your own. Sprouts are an excellent place to start if you’re new to gardening. Adding them to your salad, for example, can significantly boost the nutritional content of your meal. I also encourage you to support any and all state GE labeling initiatives. The chemical biotechnology industry has profited through secrecy long enough; it’s time for them to label their wares. Researchers are saying GE foods are NOT equivalent to non-GE foods; scientific testing bears that out, and we have a right to know what’s what when shopping.

Read the whole article by Dr. Mercola on: http://articles.mercola.com/sites/articles/archive/2014/05/20/glyphosate-roundup-levels.aspx