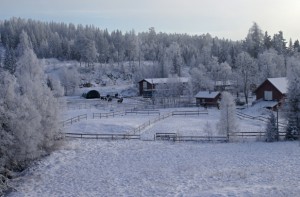 The Norwegian government recently made known its intention that by 2020, 15% of food production and consumption will be organic. In France, consumption of organic fruit and vegetables has increased by almost 10% and for the United Arab Emirates the market for packaged organic food is expected to have grown by 30% in 2018. In the Netherlands, the organic sector is also rapidly increasing, not just in consumption, but in trade as well. 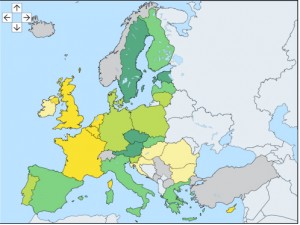 European acreage was 11.2 million hectares in 2012, 10 million of which was within the EU. This corresponds to 5.6 percent of total EU acreage. In absolute figures, the market in Germany is the largest, with sales of EUR 6.6 billion, followed by France and the United Kingdom. Relatively speaking, Denmark is the largest market, as the Danish organic sector has a market share of 7.6 percent. Second and third are Austria and Switzerland with 6.5 and 6.3 percent respectively.
The Swiss, per capita, spend most on organic products, namely 189 Euro, followed by Denmark (159 Euro), Luxembourg (143 Euro), Liechtenstein (129 euros) and Austria (127 Euro). 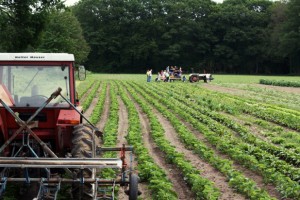 At product level, apples are by far the largest. The acreage in 2013 covered 260 hectares. Next are pears with less than half of the apple acreage: 115 hectares. Where vegetables are concerned, Cucurbitaceae lead with an acreage of 276 hectares, followed by cauliflower with 190 hectares. Under glass, tomatoes and peppers have the largest areas. Tomatoes account for 337 876 m2, followed by red peppers with 205 075 m2.

Global demand is up
Worldwide, there is a growing demand for organic food. In 2012, trade association Bionext reported that demand in the previous decade had grown by 170 percent to a turnover of 63 billion dollars. Europe and the United States account for 90 percent of sales. Several countries, including the United States, Germany, France, Scandinavia, Austria and Switzerland, exhibited a consumption growth averaging 10 percent.
In the Netherlands, consumption grew by 10 percent. 2012 saw increased consumer spending on organic products (14.3 percent), and about a billion was spent on organic products. In absolute figures, the Dutch spent 817.3 million on organic products in 2011. By 2012, that amount had risen to 934.3 million Euro.

Dutch consumption
Where the 2012 consumption of fruit and vegetables increased by 1.6 percent compared to 2011 (with a decrease of 4.2 percent for potatoes and the highest growth rate of 5.9 percent for fruit), the Dutch consumption of sustainable produce grew by double digits: 19.4 percent in total. Consumption of sustainable potatoes swelled to a whopping 27.7 percent. Both vegetables and canned produce increased by 20.9 percent. Fruit struggled to keep up with a growth of 16.1 percent.

The growth levelled off in 2013 with a total increase of 6 percent for organic. Following buoyant growth, potato purchases declined by 15 percent. With regard to vegetables, fruits and preserves, the Dutch upped their spending in 2012 with 10.5, 9.2 and 19.8 percent respectively. In general, expenditure on fruit and vegetables rose by 5.6 percent. 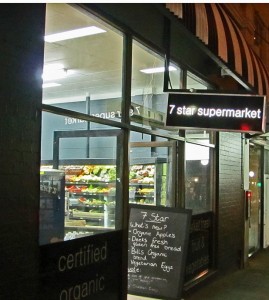 Market expansion
The growth is mainly a widening of the market. The number of consumers that bought organic products grew, partly because supermarkets added organic products to their range. Nevertheless, the organic food market is still relatively small. In 2012, the organic market represented 2.3 percent of total sales in the food sector. For fresh produce, that was above average: 3.9 percent being organic. In 2013, the Dutch spent 187.7 million Euro on organic fresh produce. The market share remained stable at 3.9 percent.

The bulk of organic fresh produce is bought in supermarkets: 69 percent. Speciality stores take up 28.1 percent. In total, the Netherlands spent 4.8 billion Euro on fresh produce. That was 5.6 percent more than in 2012.