A Report on the Second Asia Pacific Regional Symposium in Bangkok.

In December 2013 IFOAM and FAO jointly organised the second Asia Pacific Regional Organic Symposium. Building on the first symposium in South Korea in 2012, the event was attended by more than 100 people from around 30 countries. It marked another step forward in building an Asian Pacific regional community, something which is especially relevant with the growing role of the Association of Southeast Asian Countries (ASEAN).

The event was spread over three days; two days of plenaries and workshops, interspersed by a day spent visiting farms. The plenaries and workshops were grouped around four main themes: production, marketing, education and finance. Presenters from 19 different countries, with very different levels of organic sector development, shared their experiences with different aspects of organic topics, ranging from compost making to developing an eco-agritourism centre or participatory guarantee scheme.

Overall the experienced showed that the organic sector in South-East sia is driven by a very different set of motives than in Europe or other western post industrial countries. While access to pemium markets, whether export or domestic, can be a large driver, there are (with the exceptions of South Korea) no subsidies in the region for organic farmers in recognition of the environmental services that they provide. Instead, governments often reward polluting farmers by subsidising fertiliser and pesticide use – a key point of contention and one highlighted in the conference declaration (see box). In a much less regulated and policed environment, health (of farmers, their families and consumers) plays a much larger role on motivating people to go organic. In India, in particular, pesticide poisonings (whether accidental or deliberate) are a major source of morbidity and mortality among farming families, and pesticide residues are a major concern for consumers. 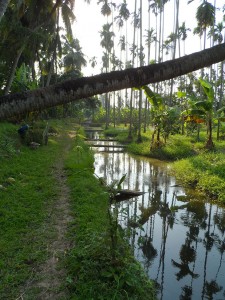 Food security is also a major factor in countries where there are significant numbers of malnourished people. Dr. Vaibhav Singh from Navdanya (India) presented a detailed case study that showed the potential of organic farming to improve food security. He looked at 12 conventional farms and 12 organic farms, comparing the amount of various macro-nutrients and micro-nutrients produced per hectare of farmland under each system. On average all of the 25 nutrients studied (except 1: vitamin C) were produced in more abundance in one hectare of an organic farm than one of a conventional farm. A hectare of an organic farm yielded approximately 107% more protein, 6% more carbohydrate, 187% more fat, 32% more calories, 292% more Vitamin A, 168% more folic acid, 196% more calcium, 91% more iron, and 72% more trace minerals than one conventional hectare. He then extrapolated these to a national level, highlighting that organic farming has more potential for addressing the crisis of hunger and malnutrition among a growing population than conventional farming, very much challenging the conventional notion that organic systems yield less. 1

But production isn’t everything – food also needs to be distributed to where it is needed. A number of presentations on this second theme featured innovative marketing and distribution schemes from India, South Africa, Cambodia, South Korea Japan and Peru. There were also presentations on financing organic production, raising consumer awareness and training farmers. 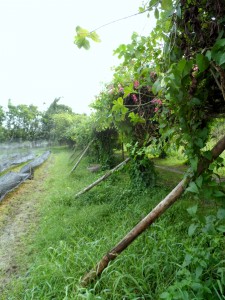 There are plans to publish the proceedings of this (and 2012’s) conference in book form and to organise a third conference in 2014. Contact Ralph Houtman (Ralph.Houtman@fao.org) for further details. In the meantime IFOAM is teaming up with the Government of Bhutan, Navdanya (India) and the Millennium Instituteto organise a conference on organic and ecological farming in mountain ecosystems which will take place in Thimpu, Bhutan in March 2014 and will provide another opportunity for dialogue among Asian organic stakeholders. (See www.ifoam.org)

1. A full version of Dr Singh’s research, ‘Health per acre: Organic Solutions to Hunger and Malnutrition’ can be downloaded at www.navdanya.org 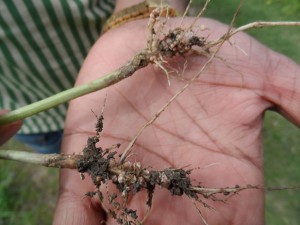 Farm visits are often a highlight of any IFOAM event. They not only provide a break from sitting in conference halls but also give the participants a chance to see, learn from and comment upon organic practices in situ (and get to know each other and build personal bonds). This tour visited two farms within close proximity of Bangkok. Both are examples of multi-functional farms that incorporate other activities such as on-farm processing, direct sales, educational or recreational activities). The first farm visit was to Thai Organic Farm which has a strong educational focus and a farm shop where it sells its own, and other ecological, produce). Here we were shown a number of techniques for making soil amendments and got a chance to see the insectaries used to control pests. 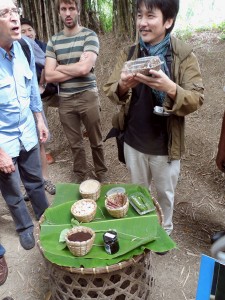 The second farm was part of a long established tourist attraction. Sampran Riverside is a riverside rose garden with elephant and theatre shows. It recently started its own organic farm on a plot on the other side of the river which, together with supplies from 500 local small-scale organic farmers, supplies its own restaurants as well as its range of home produced beauty and wellness products. It also has a weekly organic farmers and crafts market where its suppliers can sell their produce to visitors.

Nick Parrott is editor of Ecology and Farming and works as a freelance editor and copywriter, specialising in organic issues.