Neonicotinoïds, the pesticides most commonly used worldwide, are not only partly responsible for mass bee deaths. They now seem also harmful to insect eating birds. Bird populations were mostly declining in areas the heaviest polluted with neonicotinoids. Especially affected by the pesticides are the swallows, sparrows and starlings.

BirdProtection Netherlands BPN is shocked by the research of the Radboud University and Sovon Bird-Research Netherlands demonstrating the relationship between the presence of the chemical imidacloprid in surface waters and the decline of bird population. The research is published in the leading journal Nature. BirdProtection Netherlands calls on politicians to immediately abolish the chemical agent imidacloprid, a neonicotinoid. She also insists to prohibit temporarily other materials with the neonicotinoid ingredient till research shows that the risks hereof are excluded on the basis of the precautionary principle.

Pesticides that kill insects have major consequences for birds. Insects form a substantial nutritional part of many bird species during the breeding season and are necessary to bring up the next generation”, the Dutch researchers say.

The researchers went on to assess the effects of imidacloprid, a neonicotinoid the most widely used in different places in the Netherlands. In areas where more Imidacloprid is measured in the surface waters bird populations were significantly reduced. The decline began in the mid-1990s, when Dutch farmers began using imidacloprid.

With imidacloprid concentrations greater than 20 nano grams per liter, bird populations decline with an average of 3.5 percent per year, say the researchers. They fear that the negative impact of neonicotinoids on the environment is even greater than expected.

“We have thoroughly looked at other possible factors that may be associated with the local decline of these birds. But the amount of imidacloprid in surface water emerges from our analysis as by far the most important explanation for the differences in trends, “says Professor Hans de Kroon, under whose guidance the study was conducted at the Institute for Water and Wetland Research of the Radboud University.

The neonicotinoids have been in a negative way in the news for several years. Last year the European Food Safety Agency EFSA concluded these to be harmful to honeybees.

Almost everywhere in the world bee colonies decline. According to the EFSA harmful residues remain in the pollen and nectar of plants that are treated with it. 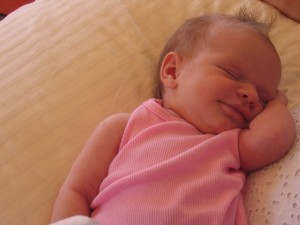 In December, the same agency warned that neonicotinoids bring the development of the brains of unborn babies at risk.

Neonicotinoids, so named because of their relationship with nicotine, are neuro toxins that attack the nervous system. They are the most widely used pesticides in the world.

In the European Union, a temporary moratorium on the use of neonicotinoids is in effect.