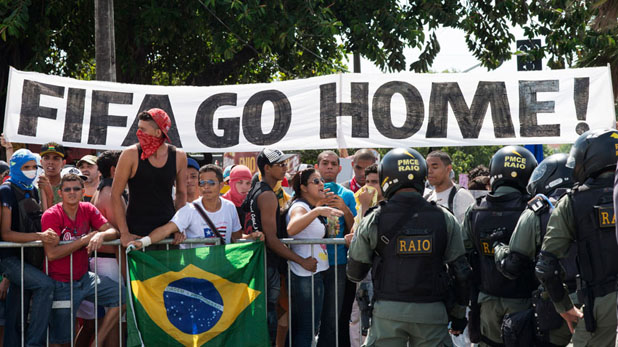 In the summer of 2013 the whole world heard about the street protests in Brazil. On just one day (11th July) there were more than 30 protests in different parts of the country!

What is the background to these protests? Brazil has enjoyed 16 years of new social awareness and the Labour government is now in its third term, with Labour Party President Dilma Roussef having inherited all of the positive results of the Lula and Fernando Henrique years. At the same time, however, the country is widely reported as having invested more than R$ 30 billion (circa 9.25 billion Euro) in building infrastructure (stadiums, airports, streets etc.) for the 2014 World Cup. It is this fact that has outraged so much of the population in a country where there are still 12 million people living at hunger level, where hospitals are full and health care is poor, where the highways are badly maintained, where the education system is struggling and teachers are very badly paid and where the judicial system is amazingly inefficient. The protests were triggered when the bus fares in many cities were raised in line with last year’s inflation. People asked why they had to pay this increase when such massive investments were being made for the World Cup, starting tomorrow, an event which doesn’t seem to be providing any direct benefits to the people. A free and peaceful movement called the ‘free pass movement’ triggered the protests.

Brazil World Football Cup Organics?
What is the connection?

Brazil’s immense potential in ‘biodiversity products’ – such as acai, guaraná, nuts and oils from the Amazon. Photo: Alexandre Harkaly

It seems that the country has woken up to the ruling classes’ inability to solve the major problems and challenges facing the country. The ruling classes are worried and do not know what to do. They have suddenly realised that political protests are being organized by civil society without any participation by political leaders! They have ‘missed the train’ because they were blind to the feeling of protest growing on the streets.

Throughout June 2013, there were protests on the streets every day, some with 50 participants, some with several thousands. On June 20 more than 1.4 million people demonstrated across the country.

What does all this have to do with the organic movement?
On one hand we can say that the organic movement has gained a place on the streets of Brazil: there are an amazing number of organised street markets (more than 186 in 50 cities!), special health food shops, supermarkets, and crèches and schools where organic food is provided. The Ministry of Agriculture has registered more than 11,000 organic operators in the country (probably the tip of the iceberg). All these developments involve popular mobilisation, organising a movement that can talk with the authorities and negotiate more space for manoeuvre.  Recently a parliamentary platform has been established by 5 NGOs from São Paulo city, with which has engaged in talks with the House of Representatives, and promoted lectures and other events, leading several deputies to announce their support for the organic movement. To create a whole set of laws for organic products in Brazil, it is necessary to engage with deputies and senators.

Yet at the same time, organic products in the supermarkets are generally expensive and sales are concentrated among the elite. The latest consumer profile studies show that 92% of organic consumers have an income of U$ 7800/year or more (this in a country where the average income is U$ 4140/year). There is still much work to be done in order to consolidate organics as a popular movement.

The government has announced an ambitious Plan (Plano Nacional de Agroecologia e Agricultura Orgânica – National Plan for Agroecology and Organic Agriculture) with funding in running to several hundred million Reals . President Dilma was at the launch ceremony and seemed to take a real interest. This plan is intended to stimulate the organic sector with training, credit, research, public purchasing of organic produce and other actions. It remains to be seen how this plan will fit within the new political order being drawn by the streets and if it will be implemented effectively. Its main focus will be on production, the use and conservation of natural resources, knowledge, trade and consumption. The main features of the programme are shown hereunder.

•R$ 6.5 billion in credit to organic and agroecological producers.

•R$ 758 million for a state advisory programme for farmers.

•R$ 165  million  for the purchase of organic and agroecological food by government agencies.

•R$ 65  million for research and extension.

At present the Ministry of Agriculture records show that there are 10,000 farmers registered as organic. The plan is to reach 50,000 in the next 3 years. The government will accept not only certified farmers but also those who are validated through participatory systems and engaged in direct sales. In the coming a further 17 or so participatory control groups will join the 4 that are already approved, bringing more than more than 1000 farmers into the organic fold.

What is the state of the organic movement in Brazil today?

•Two thirds of organic sales go through supermarkets and the rest through specialised shops, deliveries and street markets;

•Reports show a very strong increase in organic trade in 2013. 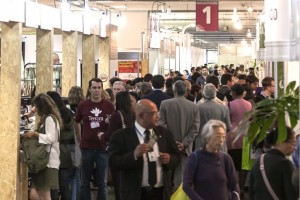 At the end of June 2013, Bio Brazil Fair | BioFach Latin America and NaturalTech became the nationwide trade show for the organic sector. According to Abdala Jamil Abdala, President of FRANCAL, (the owner of the trade show) “The large number of people in the aisles and booths, professional buyers as well as the consuming public, prove the success of this edition.” Between 27 and 30 June, 21,485 visitors (including industry professionals) attended the fair, tasting and purchasing products from over 200 exhibitors. The number of professional buyers was 20% higher than in 2012.

One of the main new factors that added power to Bio Brazil Fair this year was the partnership with Nurnberg Messe, promoter of German BioFach – the world’s most important organic trade fair, which also promotes events in India, China, Japan and the United States – and IPD, Institute for the Promotion of Development, Partner at Apex-Brazil in Brazil Organics which seeks to stimulate Brazil’s exports sector.

According to Ligia Amorim, Director General of Nurnberg Messe Brazil: “Noting the potential growth of the organic sector, BioFach Latin America returned to Brazil in partnership with Bio Brazil Fair. The goal is to combine our efforts to generate business, providing knowledge exchange through inviting international speakers and to increase product visibility on the world’s markets. Brazil’s organic fair is now definitely a major event in the world calendar of the organic sector. Despite the short lead time, we managed to attract visitors and exhibitors from various countries including Poland, Argentina, the Netherlands and Peru. We can say that this partnership promises good market results.“

The ninth edition of the event’s International Forum was attended by stakeholders from the organic world from different countries to discuss international market trends and opportunities for Brazilian products in the global market. Speakers included representatives of the Organic Trade Association (OTA) of the USA and Canada, the former OTA President and IFOAM Board Chair Katherine DiMatteo.

Exports from Brazil to the rest of the world are also increasing. Organics Brazil (the national export promotion agency for organic products), supported by APEX (the federal export promotion agency) record that a total of U$ 195.2 Million of organic products have been exported in the last two years, mainly to Europe and the USA. Ming Liu, Director of Organics Brazil has helped Brazilian organic companies attend more than 25 international trade shows over the past 5 years.

Recently certified Brazilian organic producers have seen significant increases in demand. Will this affect the international market? Will Brazil become an important importer and exporter of organic products?

Brazil’s immense potential in ‘biodiversity products’ – such as acai, guaraná, nuts and oils from the Amazon – and the development of national and international markets don’t just depend on research and product development.

It is also necessary to educate people about local social and environmental realities and consumer demands for quality and traceability. Here, young professionals are being trained by IBD veteran inspector in Belém, an acai producing region.

If Brazil manages to overcome its social problems and those to do with logistics, infrastructure and bureaucracy, it may take off into the 21st Century, like the flying saucer envisaged by Niemeyer. The organic sector is trying to play its part in making this happen! 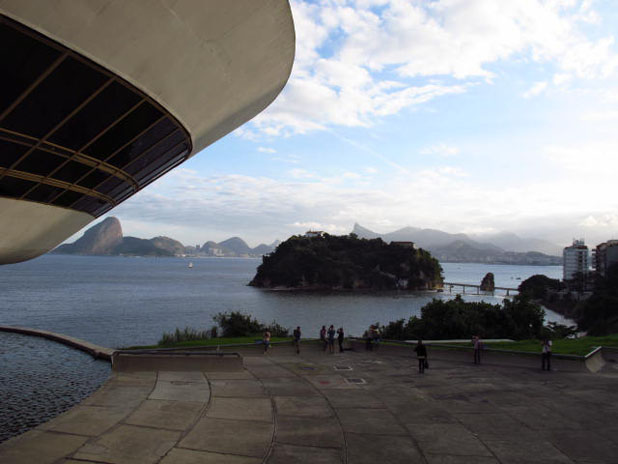 World famous architect Oscar Niemeyer recently designed the cultural Museum of Niteroi, on the opposite side of Guanabara Bay from Rio de Janeiro. This is a projection of the country’s future, but in reality the trajectory of the Brazilian economy remains a challenge. Rio de Janeiro in the background stands as a symbol for Brazilian leadership in international events. Photo: Alexandre Harkaly