India’s Organic Farming Revolution: What It Means for Our Global Food System

Sapna E. Thottathil’s book is a timely contribution to the research on the emerging organic food market in India. It gives insight into the politics and governance of organic farming and is equally relevant to discussions on transitions to sustainable food systems more generally – in India and beyond. Based on the author’s extensive field research in Kerala, the book is written in an accessible, narrative style that speaks to a broad range of audiences. Thottathil’s research findings were previously published as a PhD thesis under the title !ncredible Kerala? A Political Ecological Analysis of Organic Agriculture in the ”Model for Development”. In the foreword, the author shares her personal journey as a researcher and her family background as a first-generation Indian American, with parents who left farming in Kerala for more secure livelihoods in the US. 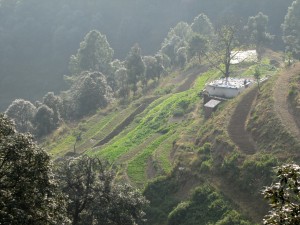 Overall, the author’s largely interview-based analysis takes a refreshingly nuanced and undogmatic view of a situation where a bifurcation could only lead to a weakening of the organic movement. The book is rich in details, quotes and empirical evidence that illustrate the different perspectives. It leaves the reader with the impression that much could indeed be gained if the different stakeholders in Kerala’s organic farming movement would enter into an open exchange and work together to build a sustainable food system which integrates local and global trade.

Thottathil spends a substantial amount of space in the book defending the benefits of organic agriculture against critiques regarding the health benefits, productivity and industrialization of organic farming. With regard to health for instance, she suggests that the view should be broadened beyond the nutritional properties of organic food for the people eating it to also encompass the detrimental effects of pesticide use on both the people eating and those growing our food. The book provides a detailed and comprehensive account of the history of chemical farming in India, the harm it has done to the country’s ecology and society, and the developments in organic farming as a viable alternative. The author examines the diverse and complex reasons for farmers in Kerala turning organic – reasons which, according to her, “American and European scholars and journalists had largely overlooked.”

This detailed argument pro organic farming is undoubtedly instructive for lay reader and will help them fully grasp the importance of organic farming for Kerala’s development. However, readers who already familiar with organic agriculture might perhaps find that less space could have been dedicated to this general argument. In light of the book’s central questions, a more detailed analysis of actual farming practices in different types of organic farms in Kerala would have added much value for readers already convinced of the general value and importance of organic farming. In particular, it would have been interesting to examine the differences in farming practices of certified, export-oriented farms and non-certified farms respectively in greater depth and detail.

Thottathil concludes by pointing out that the world has much to learn about the possibilities of organic farming “by watching Kerala’s latest sustainable development initiative unfold”. India’s Organic Farming Revolution is unique in its detailed documentation of how Kerala’s organic farming policy came into being, and how the first Indian certification agency Indocert was founded. It is thus of immense value as a historical account, as well as providing an inspiring example of how organic farming could be scaled up not on the basis of control and certification but on the basis of research, capacity building and active support for farmers. Kerala’s ambitious and forward-looking organic policy points the way for other states and countries, and this case study can inspire and instruct others on how sustainable farming can be promoted on the policy level. 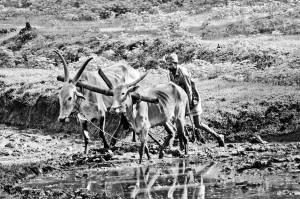 At the same time, while Thottathil argues that export-oriented organic farming has its own rightful role to play for the food system and food sovereignty, its silent exclusion from Kerala’s organic policy does raise doubts whether the policy is a good example of an inclusive organic strategy. At the end of Chapter 6, the author leaves the question on the future role of Kerala’s organic policy open, pointing out that it remains to be seen – in particular under changing state governments – how the policy will be modified and implemented. It also remains to be seen whether the policy will be able to integrate different models of organic farming into one movement, or whether the split between certified and non-certified farmers will deepen further. In any case, it would be a great benefit if Thottathil’s differentiated and balanced analysis informed future policy decisions.