Following on from the conclusion of the International Agency for Research on Cancer that glyphosate is a probable carcinogen, Argentina’s union of doctors and health professionals, FESPROSA, has issued a statement throwing the support of its 30,000 members behind the decision:

“The organisation [IARC] has just released the results of a study that overturns the agribusiness model. Thus the complaints that affected residents and scientists outside the orbit of corporations have been making for years have gained renewed momentum,” FESPROSA said in the statement. 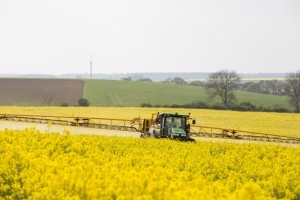 “In our country glyphosate is applied on more than 28 million hectares. Each year, the soil is sprayed with more than 320 million litres, which means that 13 million people are at risk of being affected, according to the Physicians Network of Sprayed Peoples (RMPF). Soy is not the only crop addicted to glyphosate: the herbicide is also used for transgenic maize and other crops. Where glyphosate falls, only GMOs can grow. Everything else dies.”

“Our trade union, the Federation of Health Professionals of Argentina (FESPROSA), which represents more than 30,000 doctors and health professionals in our country, includes the Social Health Collective of Andrés Carrasco. Andrés Carrasco was a researcher at [Argentine government research institute] CONICET, who died a year ago, and showed the damage caused by glyphosate to embryos. For disseminating his research, he was attacked by the industry and the authorities at CONICET. Today, WHO vindicates him.”

“Glyphosate not only causes cancer. It is also associated with increased spontaneous abortions, birth defects, skin diseases, and respiratory and neurological disease.” 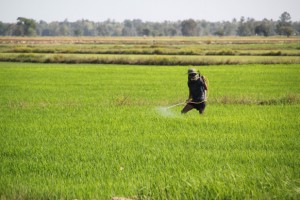 “Health authorities, including the National Ministry of Health and the political powers, can no longer look away. Agribusiness cannot keep growing at the expense of the health of the Argentine people. The 30,000 health professionals in Argentina in the FESPROSA ask that glyphosate is now prohibited in our country and that a debate on the necessary restructuring of agribusiness is opened, focusing on the application of technologies that do not endanger human life.”