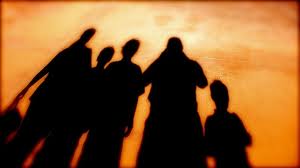 This issue comes on the eve of the Biofach (www.biofach.de), one of the main annual events for the organic industry. I have seen it growing from year to year in the last twenty years. It was so small in the early nineties, but it was clear to me that we had to participate, all our clients were already there. Since then, I always participated with a booth. An event like the Biofach is the opportunity to meet with so many people from the movement in a short time. One moment you have a meeting with a group of herb producers and a German client, one hour later you meet with people from the USA, Holland and Switzerland to talk about health aspects of organic. It is four days of concentration on running business, discussing new ideas and new projects, and meeting a lot of old friends. The combination of the fair and the workshops and conferences is very inspiring period. But the Biofach is under pressure. It is a combination of an international event and a local German fair for German producers, wholesalers and shop owners.

In Germany, a big market for organic products, more regional events are getting more and more important and this erodes the German part of the Biofach. Other specialities in the event, like textile and wine, are also getting less important for the industry. When organic textile and wine were very small, the Biofach helped a lot to develop the sector. The event was used to discuss standards, to meet potential partners in production and market. Now we see that this role is taken over by other events that are more specialized. Textile almost disappeared from the fair, wine is much smaller, although the organic wine production and market is big. The same could happen sooner or later for cosmetics and aquaculture. The challenge for the Biofach is to play an important role in new, upcoming developments in the organic industry. Otherwise, it will be just one of the many annual events.

A few weeks after the European based Biofach, the Natural products Expo West starts in Annaheim, California. The event attracts even more booths and visitors, but is a combination of organic and `natural´. For a European like me, working in the organic movement, it is a strange combination. What an American calls natural, I consider conventional without GMO, which is 99% of all the food produced in the world. That is not so special and exiting. But apart from that, the Expo West is a very important event, in the largest single market for organic products (www.expowest.com). Later this year, we have two more exiting events. In Torino, Italy the combination of Salone del Gusto, a fair and a festival on taste, and Terra Madre, a conference about Mother Earth, agro-biodiversity and taste is organised by the slow food movement www.salonedelgusto.com.

And then we have the IFOAM Organic World Congress in Istanbul, Turkey www.owc2014.org. The OWC is organised every 3 years with the aim to share experiences, innovations, knowledge about the organic world. This is more about the content of organic agriculture. What the fairs are for the industry, is the OWC for the movement: a time to meet inspiring friends.